Best Practice was founded in 1989 by Robert A Bevan OAM, FREI.

"To conduct independent research of and provide training and consultancy services to Australian and New Zealand residential estate agency practice."

Best Practice members are part of a business system which:

1. Cultivates a network of agency principals, employees and their advisers who are keen to share with other members the secrets of their success in a spirit of trust, integrity and mutual regard, and

2. Communicates to members proven, successful policies, systems and activities, and

3. Encourages members to meet regularly at both Best Practice events and at each others offices to learn from one another, and 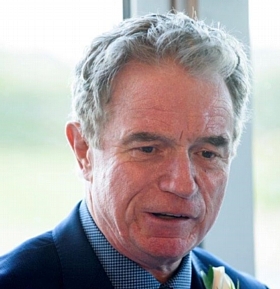 Robert Bevan has worked in the property industry in a career stretching back to January 1969. Through the majority of this time he has specialised as a consultant focusing on research, business management, financial control and franchising.

He spent many years engaged as a registered valuer and adviser to many public and private corporations including National Australia Bank, Westpac, Macquarie Bank, St George Bank, Raine & Horne, Elders, L.J. Hooker, Harcourts, Ray White, Laing & Simmons, Richardson and Wrench, First National, The Professionals, plus the Real Estate Institutes of Australia and New Zealand. During this time he travelled extensively throughout Australia, New Zealand and the USA as a lecturer, trainer and keynote speaker.

For almost fifteen years from 1975 Robert specialised as a valuer, auctioneer and operated his own estate agency practice, Robert Bevan and Associates, in the eastern suburbs of Sydney. During this time he was actively involved as an adviser to NSW governments in the writing and revision of the Landlord and Tenant Act, Rental Bonds Act, Auctioneers and Agents Act and the Strata Titles Act.

Robert Bevan is a past President and life member of the Real Estate Institute and the Bondi Junction Chamber of Commerce. He is the author of two text books on real estate property management.

During his half century career he also served as a founding director and Deputy Chairman of the property listing portal Real Estate.Com.

The second half of the 1990’s saw Robert dedicate time to researching the needs, wants and challenges of young Australians and New Zealanders. He wrote a best selling book titled “What They Don’t Teach You At School” and travelled throughout Australasia speaking at events for young people, their parents and carers.

In 2009 Robert Bevan received an Order of Australia award “For service: to the real estate industry through the promotion of professional standards, and to young Australians aged 15 to 24 who have difficulty coping with the pressures of modern society.”

Married with four adult children and two grandchildren Robert lives with his wife of almost forty years as they divide their time between an apartment in Sydney’s eastern suburbs and a retreat in the Blue Mountains.